Sign In
Home
Dr. Taheri: Working interdisciplinary is one of the inevitable requirements of Iranian researchers 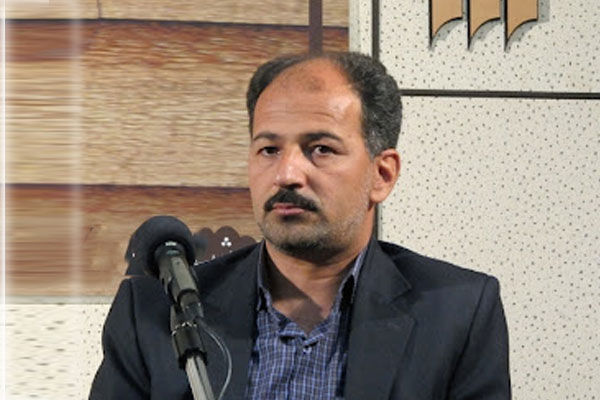 Dr. Taheri in a conversation with Public Relations Office of Shahid Beheshti University:
Working interdisciplinary is one of the inevitable requirements of Iranian researchers.

Dr. Ghodratollah Taheri is an experienced associate professor and scholar at Shahid Beheshti University’s Faculty of Letters and Human Sciences. He has extensive studies and writings in the field of Molana and Hafez studies. His works are also known in the field of interdisciplinary studies. You will read below part of our interview with him on some specialized subjects:

•    You are very interested in interdisciplinary approaches. Please explain about the reason for this interest. Is it your concern about modernizing literary materials that has led you to work in these fields, or is it your inclination to better understand the ancient literature?
There are two reasons for this. The first reason is to better understand and the second reason is the emergency that requires us to do so. Today, we cannot not to work interdisciplinary. Literary texts are raw texts. When you look at a literary text, you can understand its language, expression, imagery and literary beauty and enjoy it, but if you want to cross the border of this pleasure and enter the world of meaning, you can't comment unless you have a non-literary perspective. For example, our literary great figures are not mere poets, but rather sage poets or poet sages. Analyzing their intellectual aspect requires other horizons of thought and science. For instance, if we want to pass through the surface of Nasser Khosrow’s poetry, if we are not familiar with theology and philosophy and cannot look at Nasser Khosrow through the window of philosophy, we will not understand anything about Nasser Khosrow in the strict sense of the word. It is the same with other texts. The reason why I work interdisciplinary is that we cannot understand Hafez and Molana without having another scientific lens. I refer to these sciences as the knowledge that are served to interpret literary texts.
Personally, I have chosen philosophy among the various human sciences, but to the best of my ability. I don't know anything about philosophy, but to the extent that I can look at literary texts from its perspective and master the semantic layers of the text, I feel the necessity, because I believe that the intellectual world of our poets is very close to the world of ideas that our philosophers and even world philosophers have thought and interpreted the world and man from their perspective. I will give another example. When I want to read Attar, Hafez or Molana, I come to the story of Sheikh San'Aan in Manṭiq-uṭ-Ṭayr (The Conference of the Birds), for example, which tells the story of an old man who has four hundred disciples, has been a resident of the Kaaba for decades, has performed Hajj more than fifty times, has full knowledge of religion, and worships day and night. Sheikh San'Aan suddenly has a dream for several nights that instead of going to the Kaaba, he goes to Rum, which is the land of infidelity, and prostrates to an idol. Based on this dream, he moves to Rum with his students and falls in love with a Christian daughter, and there a transformation takes place in him. This is the form of the story, but what does the nature of the story say? What makes a person with the position of Sheikh San'Aan suddenly change direction? This is where, if we are familiar with Kierkegaard, we understand that only a handful of people have the possibility of experiencing transformations in their mental state and find the possibility of spiritual perfection. He explains this process of transformation in the form of the three spheres; i.e., aesthetic, ethical and religious. In the book "Fear and Trembling", Kierkegaard describes an exemplary character of this transformation process, which is Abraham, who was commanded by God in a dream to sacrifice his son. After examining this story, Kierkegaard says that Abraham intended to go through this process of character transformation to the highest degree of perfection and become Prophet Abraham. According to the interpretation of the Holy Qur’an, Abraham was a prophet and he rose to the position of Imamate by overcoming the aforementioned test. So, if we know Kierkegaard's thought, we can explain the growth process of Sheikh San'Aan's personality. Sheikh San'Aan had reached every imaginable religious position in his community. He had many disciples and was a reference point for people. He cured people's physical and mental diseases and was followed by special and general people. But he lacked one thing and that was passion. His life was empty of excitement. He was drowned in fame and through worshiping God and acquiring religious knowledge, his relationship with God had become perverted instead of one-sided. It was as if knowledge and religious knowledge and all these worships had caused a difference between Sheikh San'Aan and God, just as Abraham’s love for Ishmael had caused a separation between God and Abraham. Until Abraham’s worshipping Ishmael as an idol was not stopped, Abraham's relationship with God was not one-sided. Likewise, Sheikh San'Aan had to pass the idol of fame and renown. If you do not present this philosophical interpretation of the story, you have not understood the story of Sheikh San'Aan. This is why I believe that philosophy can shed new light on some of the dimensions of literary texts. This is where interdisciplinary study actually makes us understand the texts well. Today, an Iranian philosopher cannot solve the problems of philosophy only from the perspective of philosophy, and should study the literature and history of Iran. He should know that the philosophical thoughts of Iranians have been manifested in the form of poetry. Just as he cannot ignore poetry, we as literary men cannot ignore philosophy. Therefore, interdisciplinary work is one of the inevitable requirements of Iranian researchers.

•    It seems that the other important example is the case of Molana and Shams. In the book Manaqib al-Arifin, it is said that Molana had become as famous as Sheikh San'Aan, he was also a faqih of the city, and slaves carried him on their shoulders, and Shams' first encounter with Molana was in the same state. According to the expertise you have about Molana, what approach can be taken about this great character?
I have chosen exactly this perspective in the book Revayate Serre Delbaran. A lot of research has been performed about Molana and his relationship with Shams. Molana was a very great person, and Shams, in my opinion, was the most mysterious and amazing person that the Eastern world has ever seen. Shams was a person who is not known who his teachers were, in which school he studied and grew up, and how he went through the stages of mystical journey, but it is clear from his articles that he was a very strange person. The perspective that I have chosen in my studies on the relationship between Shams and Molana is to know how we can interpret philosophically what happened to Molana. The story of Shams and Molana is the same as that of Ibrahim and Ishmael, and that of Sheikh San'Aan and the Christian girl, and the same story of transformation of the first and second spheres as put by Kierkegaard. In the foregoing book, I have implemented Kierkegaard's thought model about Shams and Molana by collecting, presenting and using the historical information about Shams and Molana. A brilliant result has also been achieved.
I have attempted to show Molana's lived experience in the Masnavi. This was based on a hypothesis that the lived experiences of poets cannot be directly or indirectly reflected in their works. The experience that Molana had accumulated in facing Shams was not an unforgettable experience and it was an experience that came out of his subconscious every now and then and showed itself in the language of allegory and code. I have shown in the book that although there is a gap of ten years between the absence of Shams and the composition of the Masnavi, Shams was always present in Molana's mind during these ten years, and when Molana was composing the Masnavi in the six books, he was living with Shams. In the book, I have explained in detail this relationship and the way of Molana's spiritual ascension and exaltation. Here I want to say that if it was not for the meeting of Shams and Molana, Molana would have been a faqih of the time and a scholar of Qur’an and Hadith and finally, with the help of his father and teacher, Burhanuddin Mohaqeq Tirmizi, he would have followed an ascetic life like any other ascetic. He was lost in the heart of history, just as many muftis, sheikhs and ascetics who were all forgotten, or their names remain in the books of biography and history, and very few researchers have mentioned them in historical studies. But Molana has become a very big figure today, not in the world of Iranians and Persian-speakers or even in the world that has been dominated by Persian language culture in the Middle East, but in the whole world. The reason for this is that Molana reached a huge self-realization with the process of intellectual and spiritual transformation that occurred in him. Molana's interpretation of himself is “turned into the sea”. No matter how much you want to take water from the sea with a bowl, it will not decrease. Molana tells himself that “hark, speak on, and be not afraid of becoming empty.” In another verse, he says: “My sea has drowned in itself. It is amazing that I am the boundless sea.” When he wants to say what kind of world he has entered and what experiences he has reached, he says: “I want a mouth as broad as heaven to describe the qualities of him who is envied by the angels; and if I should get a mouth like this and a hundred times as (broad as) this, it would be too narrow for (utterance of) this longing's distressful cry. (Yet), if I should not utter even this (little) amount, O trusted (friend), the phial, (which is) my heart, would burst from weakness (inability to contain its emotion).” Look at the metaphor Molana makes. He says that I want a mouth that is as broad as heaven to say something that angels envy. We believe that angels are spirits in the world and are not bound by the material world. An angel has divine knowledge. But Molana says that I am saying something that would make the angels envy, and he goes on to say that even if they give me such a mouth, I cannot express little of what I know. What happened to this man and why? It is because of the divine soul of Shams that this happened, because Shams himself says, I was water in a pond and my fear was that this water would stay in the pond and stink. I was looking for a human - or a sea - to offer myself to. I asked God to introduce one of his saints to me, so they guided me to Rum and I found Molana there.