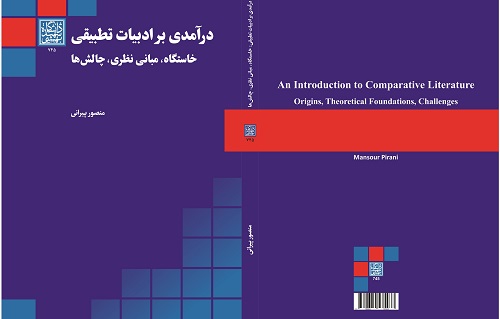 The book “An Introduction to Comparative Literature: Origins, Theoretical Foundations, Challenges” authored by Dr. Mansour Pirani, Assistant Professor of the Faculty of Letters and Human Sciences has been published recently by SBU Press in 290 pages.

Comparative literature is a new science that was formed in the early decades of the nineteenth century in Europe (France) and in a short time crossed the borders of European countries and spread to other continents of the world. The nature of this nascent science is such that it brings the literature (in the general sense) of all nations, especially the literature of ancient and deep-rooted nations to the forefront, considering their influence, which is why today there are so many books and research works published on comparative literature.