Sign In
Home
President of SBU travels to Russia 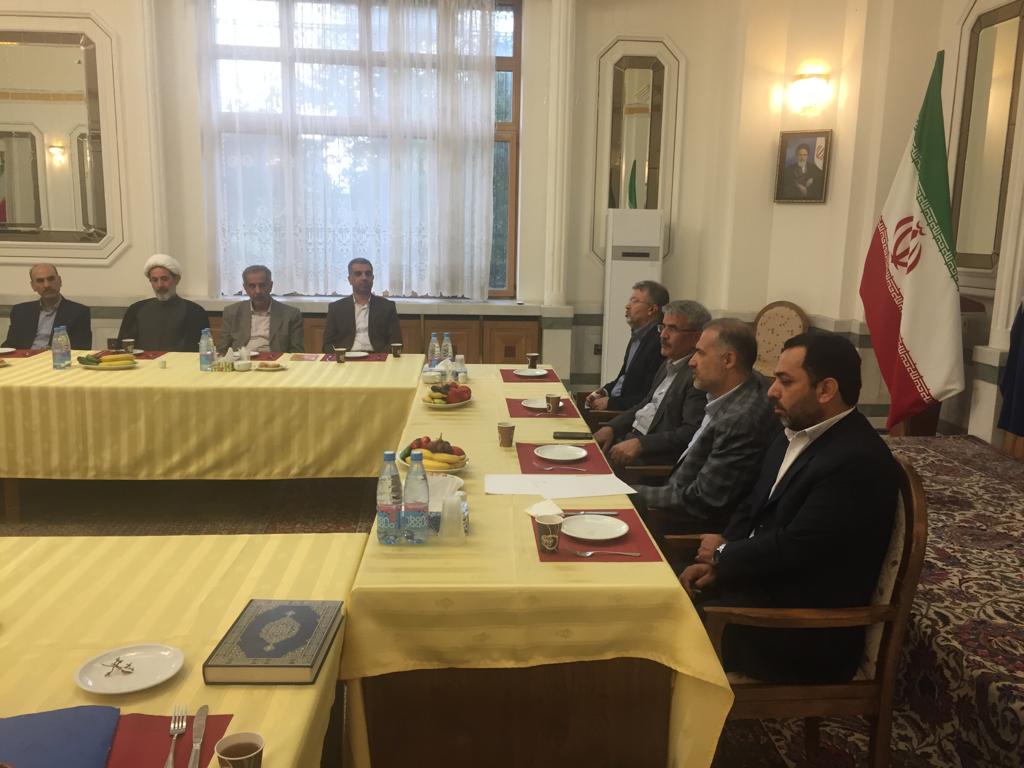 Dr. Nasiri, president of SBU, traveled to Russia at the invitation of some Russian universities. This trip is a continuation of the previous inter-university relations between Iran and Russia and in order to visit Russian universities with the aim of enhancing the level of bilateral cooperation. The president is accompanied by Dr. Rasouli, director of the Presidency Office and Public Relations and Dr. Abtahi, professor of the Faculty of Life Sciences and Biotechnology and head of the Lomonosov-Razi Center (Iran-Russia Cooperation Center at SBU).

On the first day of his stay in Russia (Sunday, June 19, 2022), the president met with Mr. Jalali, ambassador of Iran to Moscow. In this meeting, which was also attended by Iran's scientific advisors, including Dr. Abtahi, Dr. Najafi and Dr. Goudarzi, the parties discussed the situation of the Russian universities, bilateral scientific relations and ways to improve them. The president of the university also participated in the farewell meeting of Dr. Najafi and the introduction meeting of Dr. Goudarzi, the new Scientific Advisor of Iran in Russia. This ceremony was held at the Embassy of the Islamic Republic of Iran in the presence of a delegation from SBU and the staff of the Iranian Embassy in Russia. In a speech appreciating Dr. Najafi's efforts, Dr. Nasiri wished success to Dr. Goudarzi.