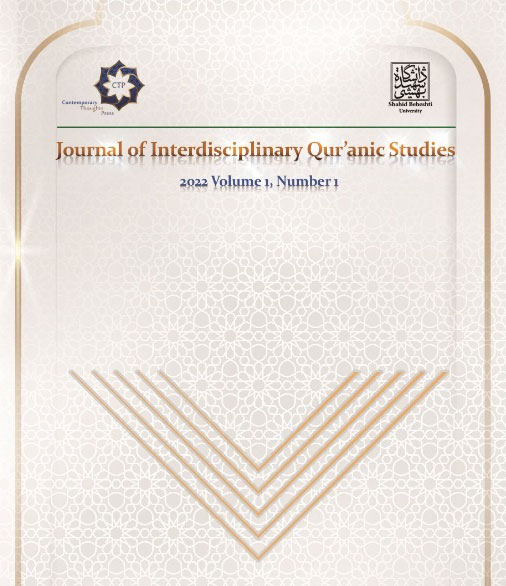 The first international scientific journal in English in the field of interdisciplinary studies of the Holy Quran, titled the Journal of Interdisciplinary Quranic Studies (IQS), was published with the joint scientific cooperation of SBU and Contemporary Thoughts Press in London.

Dr. Alireza Talebpour, editor-in-chief of this Quarterly and vice president for cultural and social affairs of the university, said at the unveiling ceremony of the journal: “Scholars and researchers can submit their Quranic scientific articles through the website of the journal (https://iqs.sbu.ac.ir/), and if the articles are accepted through the relevant scientific reviews, they will be published in the next issues.”

In recent years, many books about Islam and Quranic science have reached various Western circles, but so far, no journal has been published that explores the foundations of new scientific theories in the Quran.

Seyed Hashem Moosavi, director of the Islamic Center of England, said: “The Holy Quran is a book of guidance for people. People have different tastes for getting on the path of happiness, and the Holy Quran has something to say for those members of the society who have a purely scientific taste in this regard. We have to work hard for a large part of the society, especially people who are searching for the path of happiness scientifically. The publication of this journal is in this direction.”

Stating that there are many subjects in the Holy Quran, Mousavi added: “When the contents of this divine book which was revealed fourteen hundred years ago are explained in English with today's scientific methods, this is attractive to a large part of the elite. We have come to the conclusion that one of the ways to invite people to guidance, salvation and the Holy Qur'an is to use topics that are attractive to them and interdisciplinary Quranic studies is one of the topics that attracts the opinion of the elite society.”

This ceremony, which was held in both English and Persian, announced the goals and necessity of publishing this specialized Quranic quarterly in the West. Saeed Sobhani said: “Muslim thinkers should introduce the depth of the Holy Quran to people by providing Quranic knowledge, especially in Western societies.”

The increasing tendency towards Islam and the number of Muslims in the West have led to the formation of Islamic and Quranic studies departments in more than a hundred European universities, which require scientific contributions by Islamic thinkers.