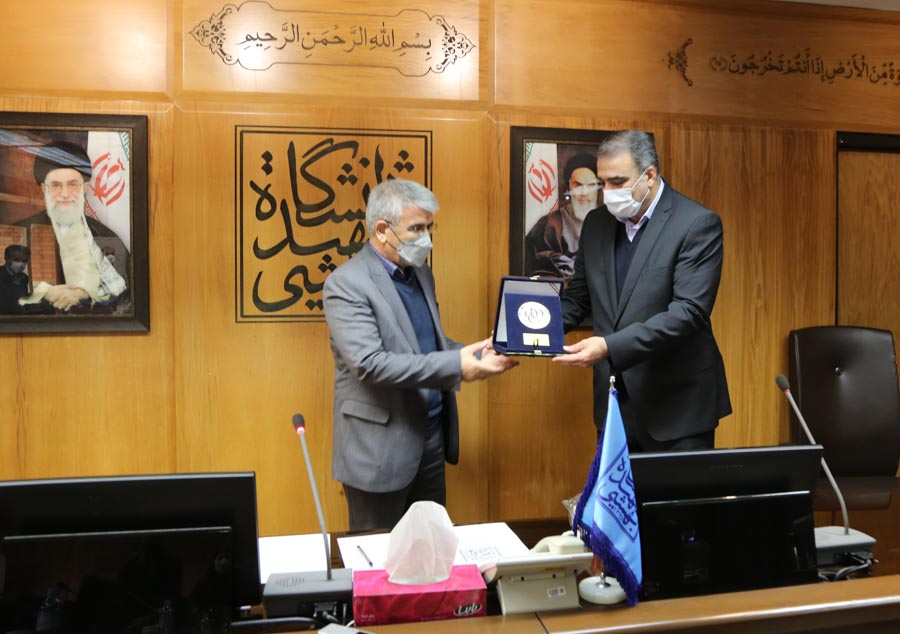 In the 17th session of the Sports Council of SBU, the "One Star Gold" badge of the active university was awarded to Dr. Nasiri, president of the university, by Dr. Afshin Molaei, president of Iran Sport for all Federation.
The national project of "Active University" is one of the special projects of Iran Sport for all Federation that is on the agenda after the national project of "Active City", and SBU were introduced as the first "active university" in the country and received a gold medal after evaluations and obtaining the necessary points in the field of infrastructure and according to the university's activities and programs in the field of public sports.
According to Dr. Molaei, the sports per capita of SBU is one meter and 74 square centimeters, while according to the Minister of Sports, the sports per capita of the country is 1 square meter. Therefore, the per capita of the university is estimated to be more than the national per capita. Also, according to the Active Society Scale, SBU is in a favorable position towards students' attitudes and their participation in sports and physical activity. The situation of the university is estimated to be favorable in the index of "active people", which includes participation in sporting events and the diversity and executive order of competitions.