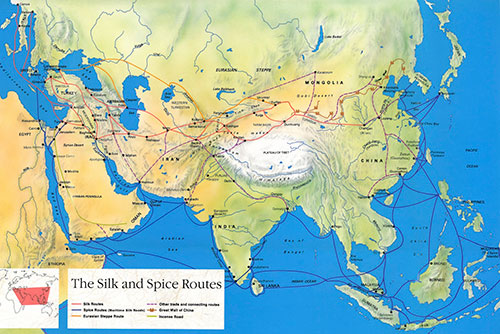 The Iranian Research Center for the Silk Roads (IRCSR), established at SBU with close cooperation with the Iranian National Commission for UNESCO, is a unique scientific and academic institution concentrating on the Silk Roads.

The center will run two scientific groups: Department of Interdisciplinary Studies on the Silk Roads, and Department of Common Heritages of the Silk Roads.  The center aims to conduct research on Iran’s role in the Silk Roads and its relationship with neighboring countries in Central Asia, Caucasia, the Persian Gulf, as well as other countries along the Silk Roads. The scope of the center’s studies will include regions along the overland and maritime Silk Roads as well as past, present and future issues related to cultural, social, economic and political developments of these regions. The findings of domestic projects and international collaborations will be published annually in specialized books and scientific journals and, eventually, on the Silk Roads Online Platform. The Center further aims to host and support national and international conferences on issues related to the Silk Roads.